The Museum of Anthropology completed two renovation projects this summer.  The first project included the demolition of all the built-in furniture in the front desk area, the installation of a new desk and student workspace, painting the renovated space, re-carpeting the entire Museum, and replacing all of the florescent lights with LEDs.  This project was generously funded by the University.  The second undertaking included removing the built-in shelving in the Education Room, installing new metal shelving, taking down How Do They Know? The Science of Archaeology in the Yadkin River Valley, demolishing the framing that created the backdrop for the exhibit, building a new wall in its place, and painting those spaces.  The renovated exhibit gallery will host a new permanent exhibit on the four fields of anthropology in North Carolina opening in February 2018.  This work was funded by donors to the Permanent Exhibit Renovation Fund, the Museum, and the Department of Anthropology.  We hope you will come by the Museum soon to see our improvements! 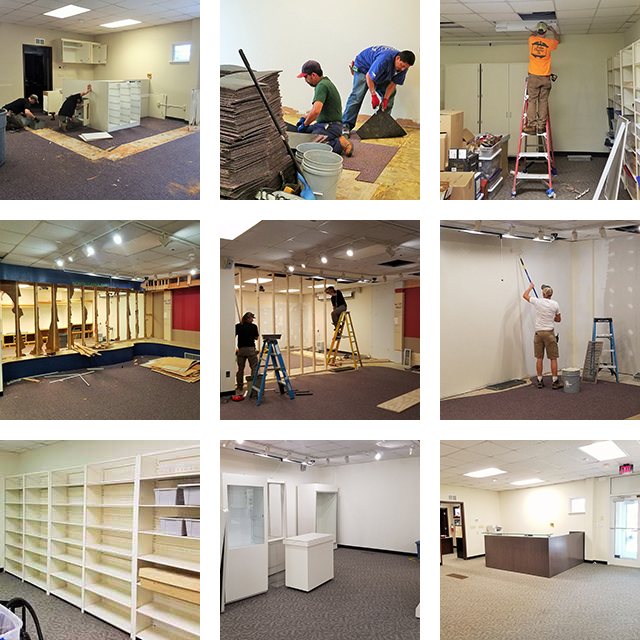