Stoneware on the Silk Roads: Ceramics from the Changsha Kilns 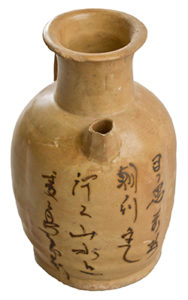 Much more than silk was traded along the Silk Roads.  All kinds of luxuries and staple goods passed along the shifting network of roads, ocean routes, and desert caravans that linked Asia, Africa, and Europe during the medieval period.  Pottery, sometimes a luxury, sometimes a staple, was one of the most commonly traded goods.  Chinese potters were among the first to make ceramics with high-temperature kilns, producing a very strong and hard type of pottery called stoneware.  Early in the 7th century CE, dozens of styles of stoneware began flowing from Chinese kilns onto the Silk Roads.  This exhibit focuses on a single style of Chinese stoneware: Changsha Ware produced at the Tongguan Kilns in modern-day Hunan Province.  Visitors will learn about the creation of stoneware at the kilns, the transportation routes that carried the pottery throughout the world, and the global consumers that bought and used it through vignettes illustrating each of these topics. 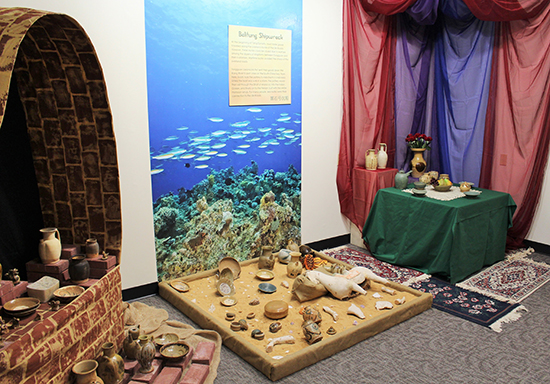 We have partnered with two other departments on campus who are also exhibiting works with connections to Silk Roads this spring. The ZSR Library Special Collections & Archives will present Paper Roads: Cultural Exchange in the Age of Print from February 5 to May 31, which traces the spread of paper along the Silk Roads and the many forms it took as a medium of cultural exchange.  At the Charlotte and Philip Hanes Art Gallery, Gianni Cestari: City of Broken Shadows will feature works by Cestari that serve as metaphors for the Silk Roads as he interprets Calvino’s book Invisible Cities.  That exhibit will be on display February 4 to March 31.  Each campus partner will exchange featured pieces with the other exhibits, resulting in this exhibition including both a Cestari painting inspired by Changsha stoneware and a work from the Special Collections & Archives.