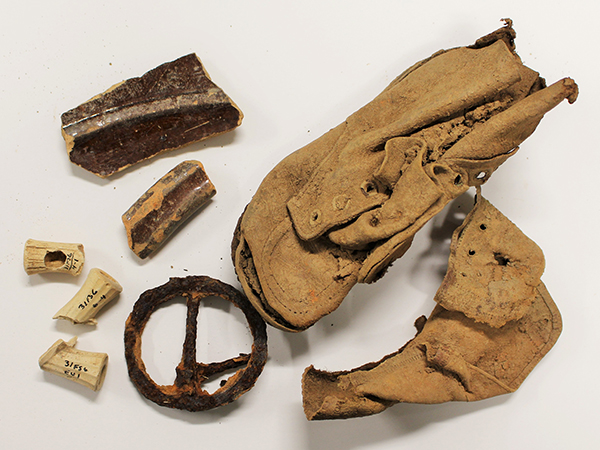 Founded by Moravian immigrants in 1753, Historic Bethabara is remembered as the first European village in what would become Forsyth County, North Carolina.  The site is now managed by the City of Winston-Salem as an archaeological park.  While Bethabara was established by European immigrants, they were not the only people in the village.  This exhibit will address the opinions of Cherokee travelers who passed through the area and of enslaved African-Americans who toiled in the fields, workshops, and tavern.  Archaeological artifacts recovered from Bethabara will be used to explore the relationships between these three groups, and how Moravian colonization in the 18th century would later impact Cherokee removal and African-American emancipation in the 19th century.