Horses and the Human Experience

Over thousands of years, humans and horses have developed a unique partnership. Horses rely on humans for care, feeding, and protection. Humans rely on horses for their speed, strength, and companionship. Throughout the world, horses are integrated into all aspects of cultural life.

The relationship between horses and humans is not new. The 30,000 year old Chauvet cave paintings in France prominently depict wild horse herds that would have been hunted by Ice Age humans. Humans did not domesticate horses until 5,500 years ago. The first domesticated horses were bred in the Eurasian Steppes and had spread to much of Europe, Africa, and Asia by the beginning of the first century CE. Horses were reintroduced to the Americas in the early 16th century after having gone extinct at the end of the Ice Age.

Once domesticated, horses became important parts of daily life. This exhibit focuses on five areas where  horses have transformed the human experience: Labor and Transportation; Warfare; Religion and Spirituality; Status and Symbolism; and Sports. Each area is illustrated by objects from the Museum of Anthropology’s permanent collection. These objects are striking examples of art and technology chosen to highlight the diversity of horse and human interactions in the world. 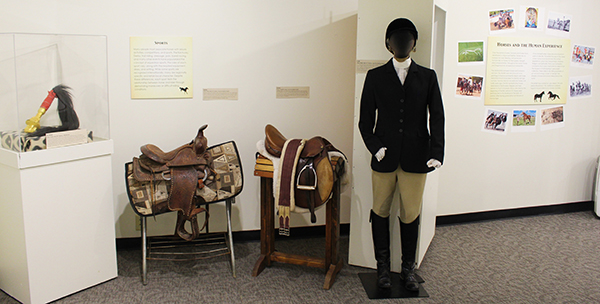 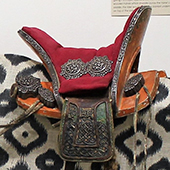 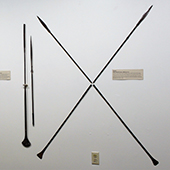 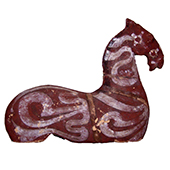 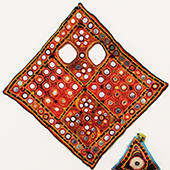 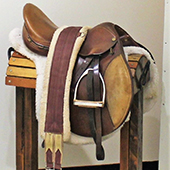 This exhibit was curated by Julia Mileski (‘19) and Jessica Blackstock (‘18). Additional curatorial support was provided by Dr. Andrew Gurstelle.