Horses are a common motif in religious and spiritual traditions. They have been oft admired for their power, speed, and intelligence. Early evidence for the role of horses in worship begins in Bronze Age India over 4,000 years ago. Today, some Hindu and Buddhist practices venerate Hayagriva, a horse-headed deity. In the traditionally nomadic cultures of Mongolia and the North American Plains, horse spirits were often called upon for protection and strength. In some cases, horses were even regarded as mythical beasts, particularly in areas of the world where horses are not native. 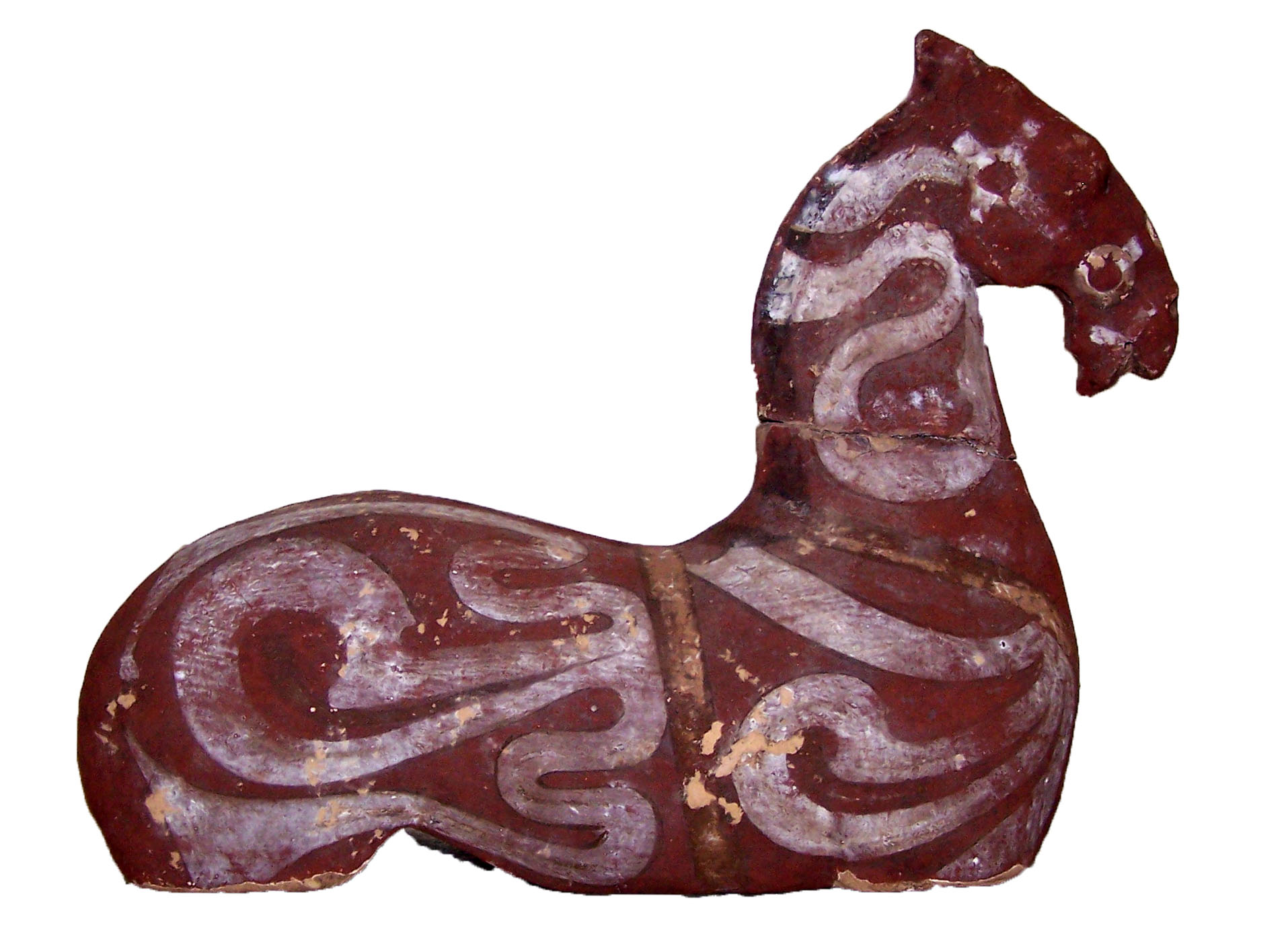 Ancient Chinese poets wrote extensively about the tianma, a legendary breed of flying horse thought to live somewhere in western Asia. These mythical horses could never be used for transportation or warfare, but they continued to be evoked for speed and protection. This ceramic figure’s painted cloud motif gives it the appearance of galloping through the sky.

Elaborately carved cups are used by Yoruba diviners, or babalawo, to read the future. Sixteen palm nuts are placed inside the cup and then shaken to receive secret wisdom from the gods. The horse-and-rider motif is a visual metaphor for how humans (represented by the horse) are brought to their destiny by the gods (represented by the rider). 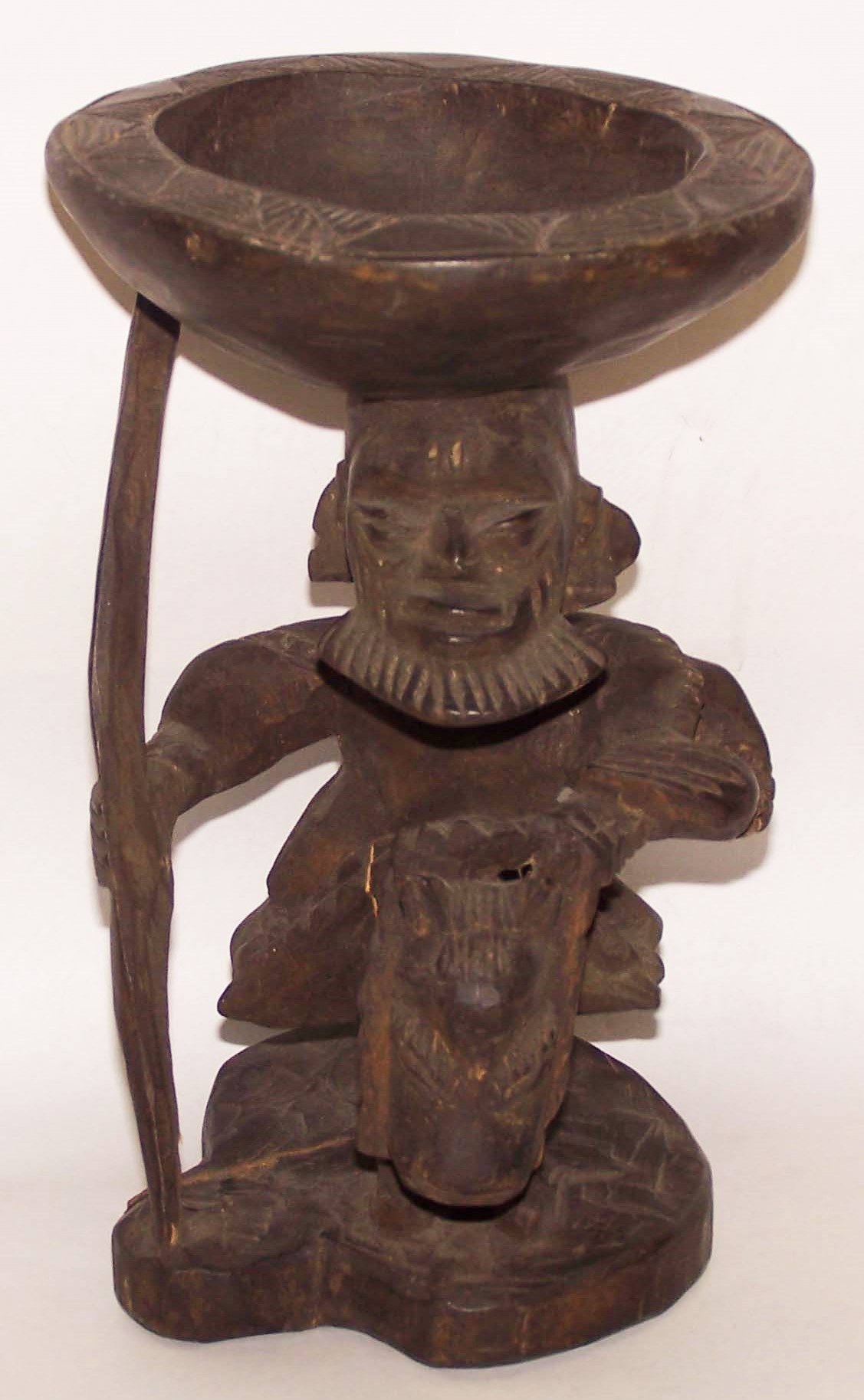 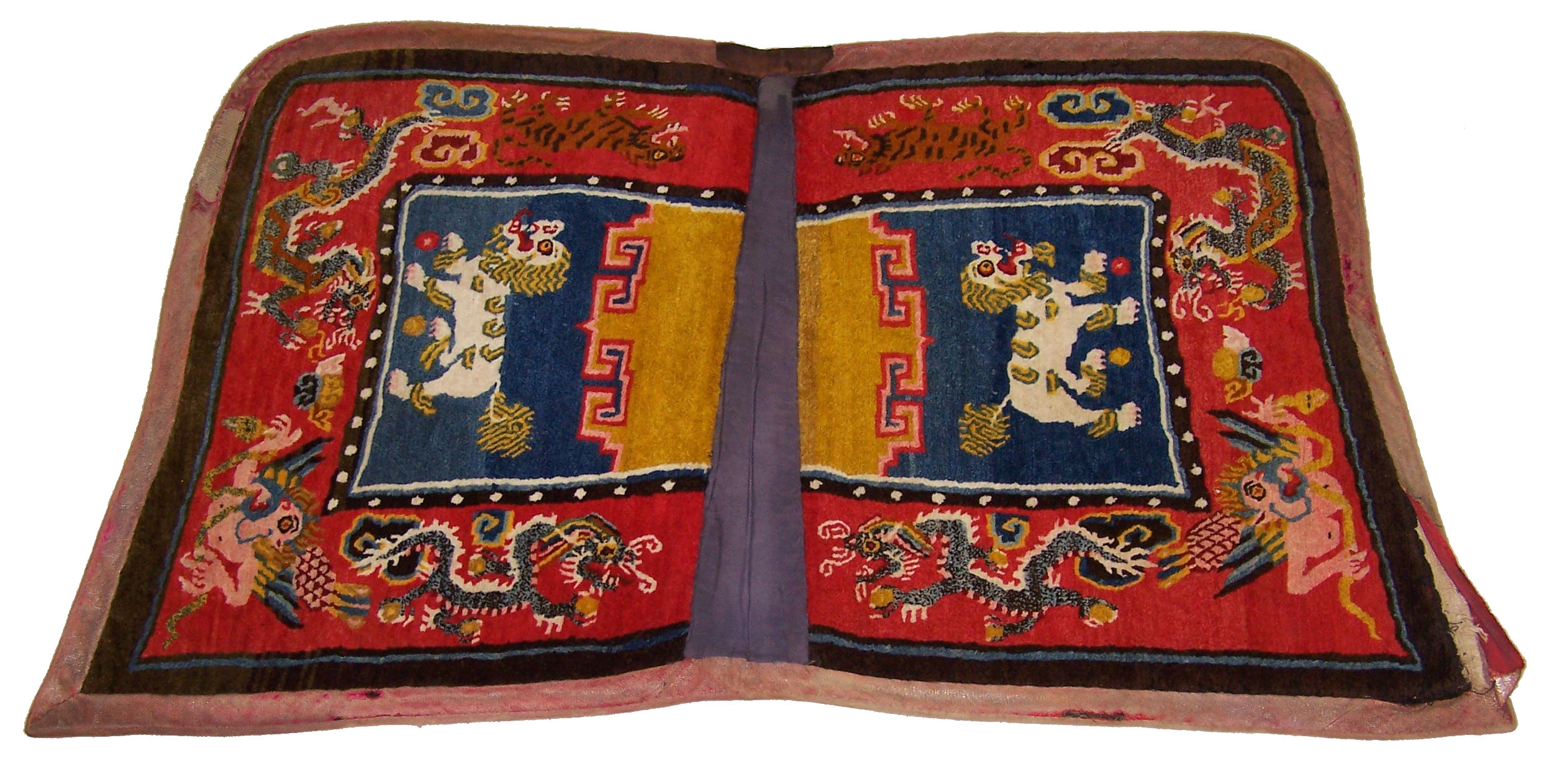 A mosaic of real and imagined animals adorn this Tibetan horse blanket. The lower left corner features a garuda, a monstrous creature from Buddhist mythology that takes the form of a bird-like ogre. The garuda clutches a naga, a snake-like water spirit. Horse gear is decorated with auspicious creatures with the hope they provide good luck to travelers.