Drawing on the horse’s size and strength, many societies have employed horse-mounted cavalry in warfare. The high cost of training a warhorse meant that they were often reserved for military leaders. Despite their cost and rarity, horses have played crucial roles in military history. The Mongol Empire rapidly expanded across Eurasia during the 13th century in part because of its vast army of soldiers on horseback. Horse cavalry were still deployed during World War II, particularly in terrain too rugged for wheeled vehicles. Today, the militaristic role of the horse has largely been replaced with motorized vehicles. 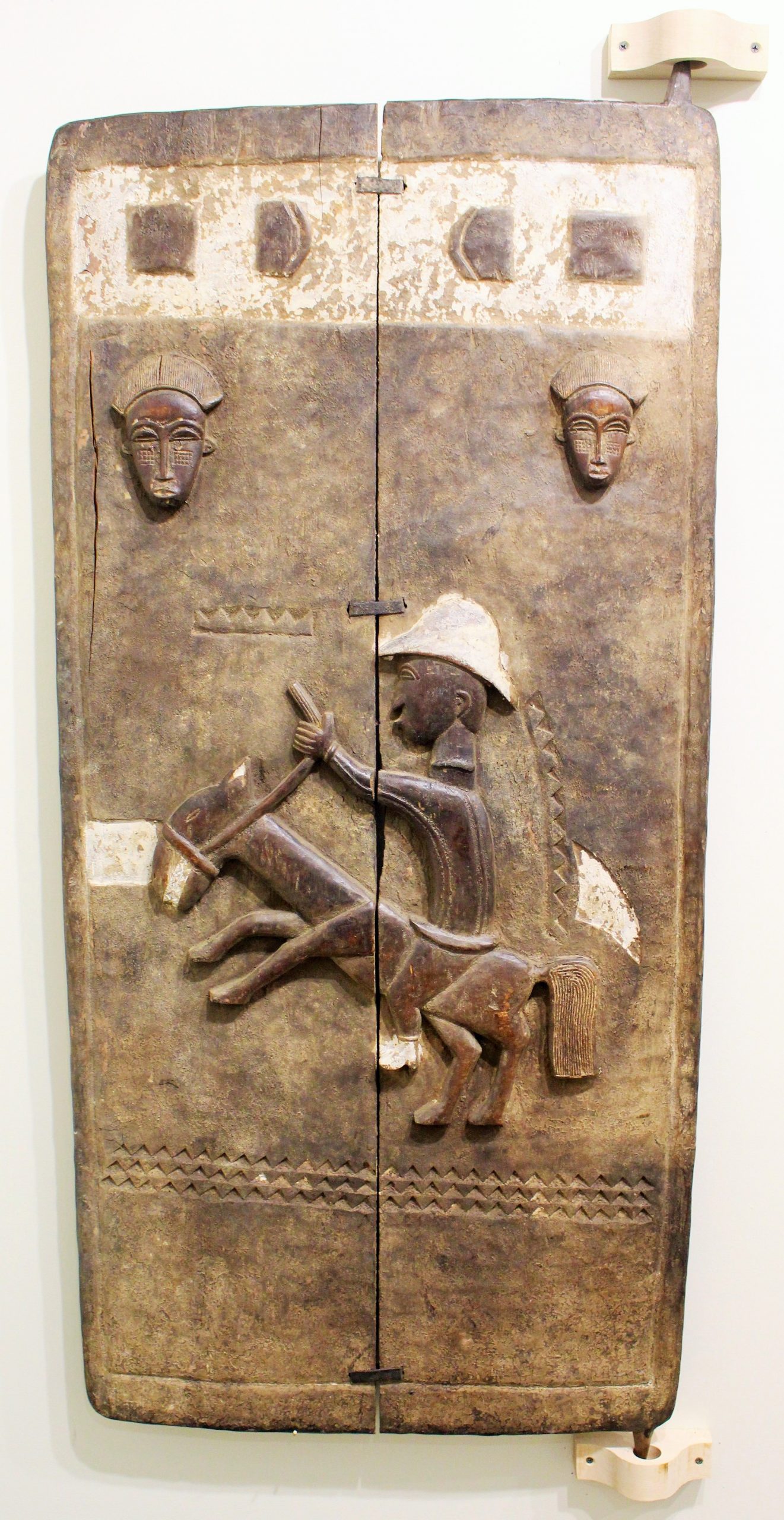 Wooden doors, known as anuan in the Baule language, are carved as decorative embellishments for both public and private spaces. The horse-and-rider motif is a common symbol representing military skill. This door’s rider wears a distinct white helmet, which may identify him as an African “tirailleur” soldier that fought in the French army.

Warfare on the North American Plains was transformed by the introduction of the horse. Horse-mounted raiders developed guerrilla tactics that emphasized quick strikes and retreats. Warriors used short stirrups and knee pressure to control their mounts, allowing their hands to be free. If thrown, a rider could grab on to the long, horsehair reins to regain their mount. 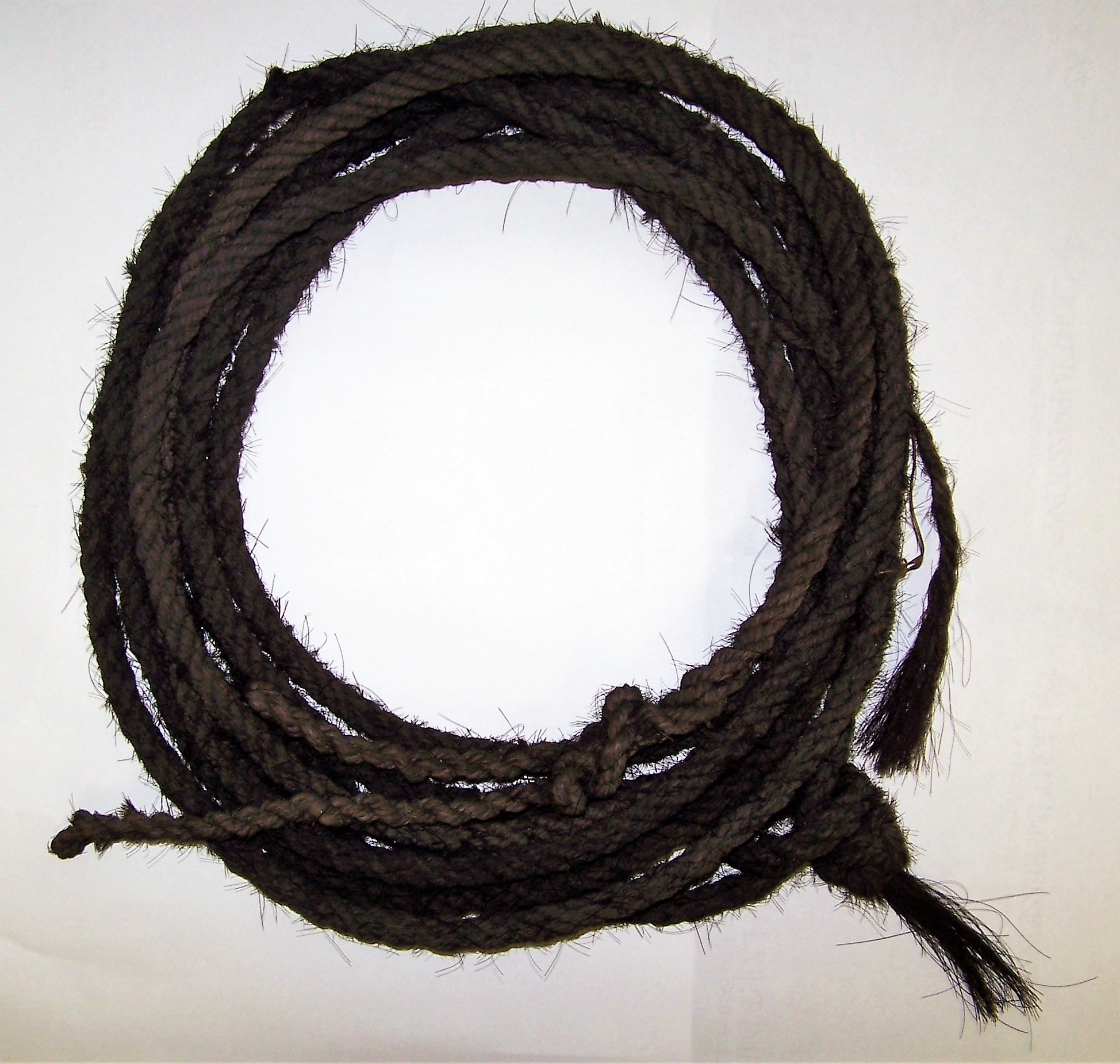 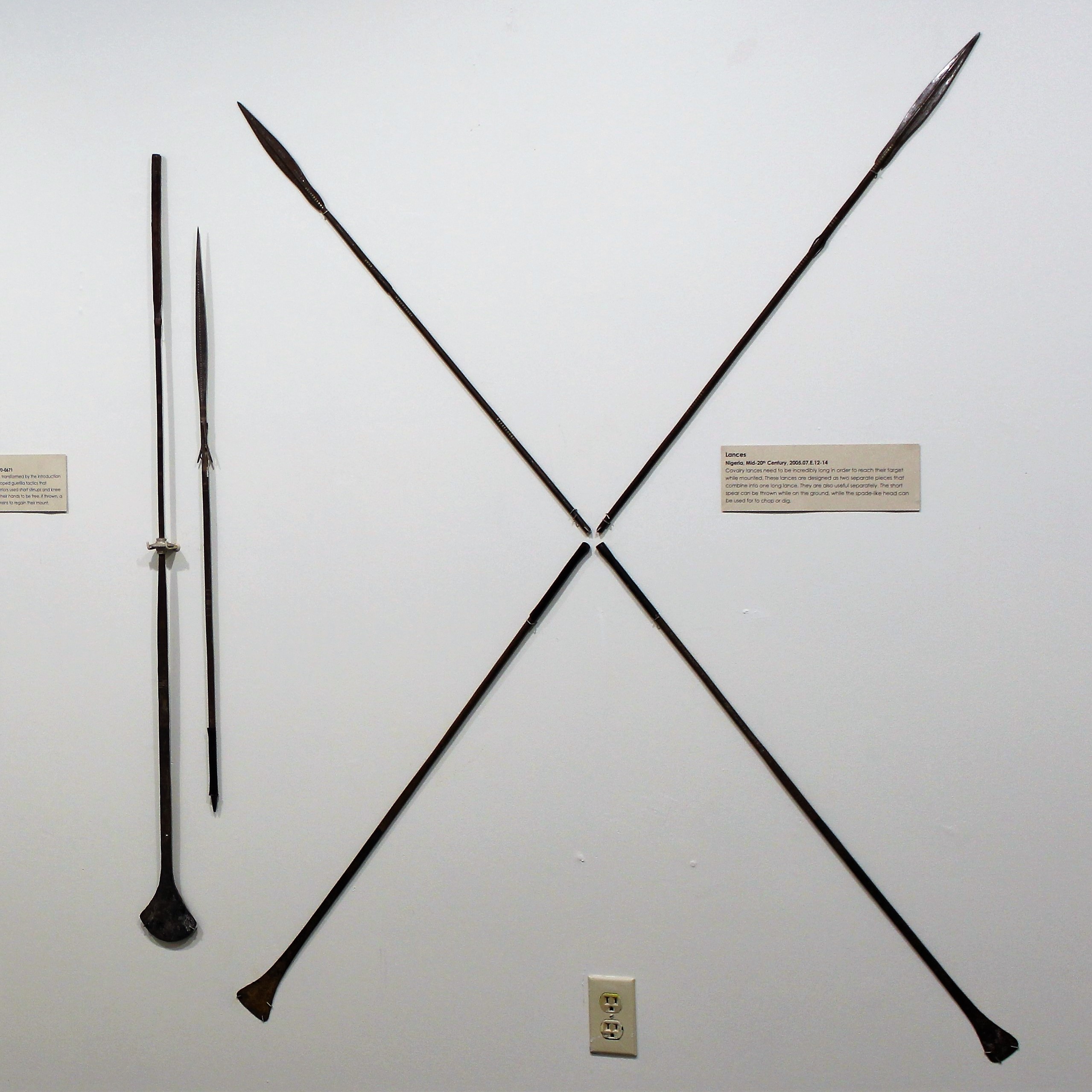 Cavalry lances need to be incredibly long in order to reach their target while mounted. These lances are designed as two separate pieces that combine into one long lance. They are also useful separately. The short spear can be thrown while on the ground, while the spade-like head can be used for to chop or dig.