Stoneware on the Silk Roads: Ceramics from the Changsha Kilns

Globalization is a driving force in contemporary life, but it is not a new phenomenon. Over a thousand years ago, the Silk Roads connected much of Eurasia and Africa. Caravans and freighters laden with silk, spices, and other exotic goods made their way from East Asia across deserts, steppes, mountains, and oceans as far west as the Mediterranean. This  sprawling network of trade routes was linked together by a necklace of oases and ocean ports. Archaeologists and historians have discovered that Chinese pottery was one of the most important trade goods on the Silk Roads. Durable, watertight pottery was invented in China, but its usefulness quickly transformed life throughout the medieval world. The pottery could securely pack and ship perishable goods, such as spices and tea. Of course, it was also valued for its beauty. 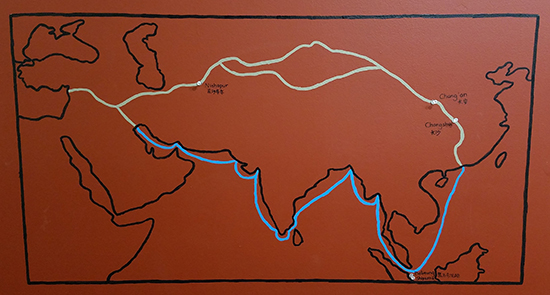 The first trade routes of the Silk Roads emerged about 2000 years ago, but long-distance trade was at its height between 600 and 1000 CE. This coincides with the Tang Dynasty ruling China. In the early 7th century CE, the Tang military captured and consolidated much of China, including most of the earlier Han dynasty’s territory. Based at their capital of Chang’an,  the Tang emperors were more open to outside cultural influences than previous rulers. In fact, Tang policy encouraged and facilitated new trade routes, art forms, religious ideas, and cultural practices. Changsha pottery was invented during this golden age of trade and cultural exchange. 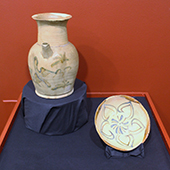 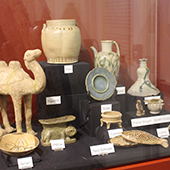 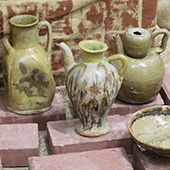 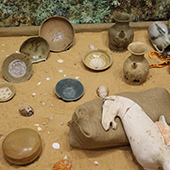 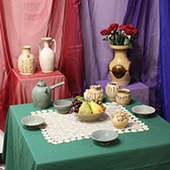