Environmental anthropologists interview people and observe their behavior to study their relationships with the natural and built environments.
Some anthropologists focus on entire landscapes and how communities transform the environment around them.  Some transformations, like pollution, are viewed as destructive. Others, like road building, are viewed in a positive light—though the benefits may not be equally shared in society.  Anthropologists also investigate environmental issues on a more individual level by observing the personal interactions between humans and other living things.  Through their research, anthropologists inform wildlife management, farming practices, and government policies.

Anthropologists have spent years documenting local knowledge and opinions about environmental change in Dare County, North Carolina.  Encompassing the middle part of the Outer Banks and the eastern tip of the Albemarle-Pamlico Peninsula, the county is notable for having more water than land area.  Coastal erosion, rising sea levels, and changes in animal and plant communities are some of the main issues impacting residents.  Anthropologists found that most residents had a keen awareness of these environmental changes, but their explanations for the changes varied significantly depending on the residents’ age, wealth, and occupation.

Erosion is a major concern in Dare County.  However, anthropologists found that residents are generally unwilling to take collective action and address such issues.  While some locals see construction and development as contributing to the problem, they also express resignation that the ocean will change the landscape no matter what humans try to do.  Others perceive less cohesion in their communities due to recent population growth. These beliefs impact how county residents interact with their environment. 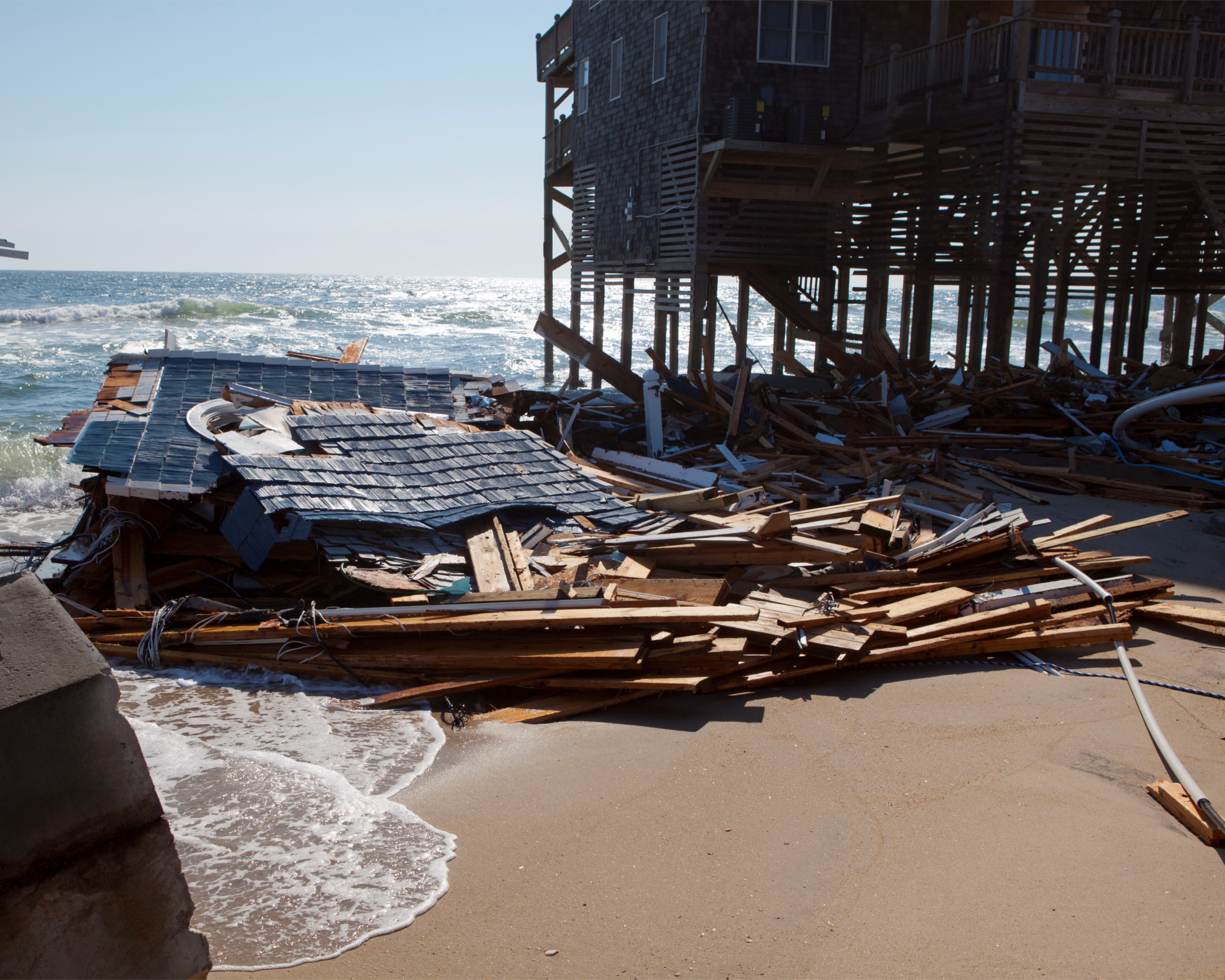 Ethnographers make sense of cultural diversity by living within the culture they study and systematically recording the experiences of the people around them.  Ethnographers often use participant-observation research, meaning that they not only live in the culture but participate in it as well.  Participation allows an ethnographer to develop close relationships with individuals who can answer interview questions, fill out surveys, or provide other data.  Ethnographers analyze this information to create an account of the people, place, or institution they studied.  Ethnographers can compare and contrast multiple accounts to find unique features of a particular culture or features that are widely shared.

Ethnographers study North Carolina communities just as easily as they do those on the other side of the world.  The Greek community of Winston-Salem provides one example of how cultural identity both endures and transforms.  Large numbers of Greek immigrants came to the United States in the early 20th century, bringing with them religious beliefs and practices connected to Greek Orthodox Christianity.  Their traditions set them apart from the predominantly Protestant Christian denominations of the Piedmont.

Religion is an easily identifiable expression of a group’s shared values, but it is not the only way to define a culture.  Greek culture in Winston-Salem is also linked to food.  Historically, Greek restaurateurs are credited with refining the modern American diner.  Soon after immigrating to the United States, Greek entrepreneurs opened restaurants serving Greek cuisine adapted to local tastes.  They also added the foods of their neighbors to the menu.  Today, a number of Winston-Salem eateries continue to be operated by Greek families. 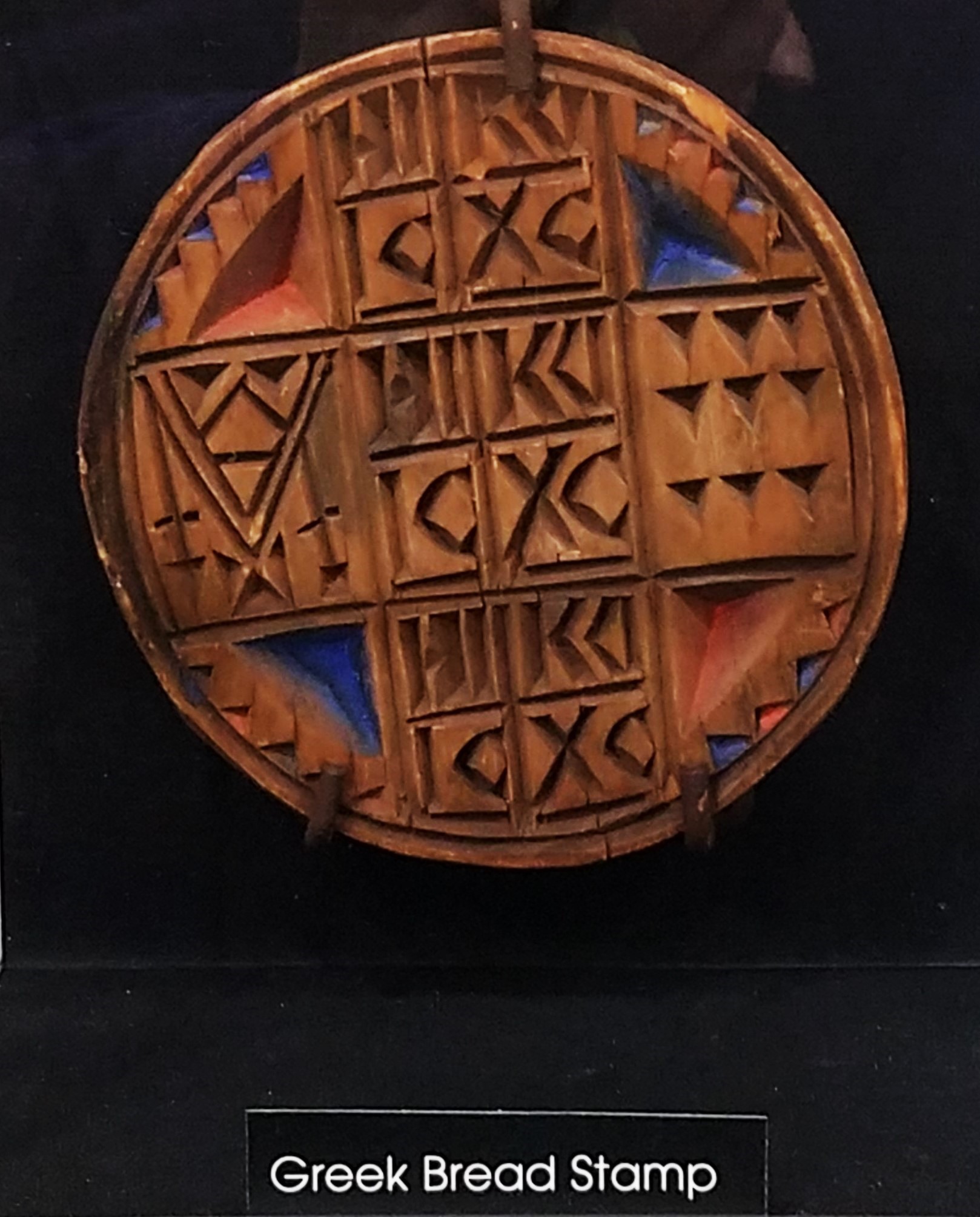 Economic anthropologists study the kinds of work, exchange relationships, and financial institutions that link people together.  There is a lot of variation between economic systems.  Resource availability impacts the kinds of decisions people make.  Not all economic decision-making is based on individual choice and maximizing profit as it is in a market economy.  Social relationships, cultural values, and laws also influence the choices people make.  Understanding how economies are embedded in culture is an important part of understanding why people think and behave the way they do.

The US Dollar is the most familiar currency used in North Carolina, but many different kinds of money have been used over time.  All forms of money share similar functions as a medium of exchange, a way of calculating value, and an acceptable means of settling debt.  Despite these similarities, each type of money used in North Carolina has its own unique cultural context.

Beads were one of the earliest forms of money used in North Carolina.  Shell beads were exchanged in indigenous ceremonies to mark the prestige of individuals.  Over time, shell came to be used as a currency for everyday transactions.  Eventually it was replaced by paper money.  During the Civil War, Confederate, Union, and even locally-issued paper money circulated through different political networks.  Recently, credit and debit cards issued by corporations have taken over as the most popular form of money.  It’s possible that digital money, like Bitcoin, will become widespread too, in part due to its independence from existing political and financial institutions. 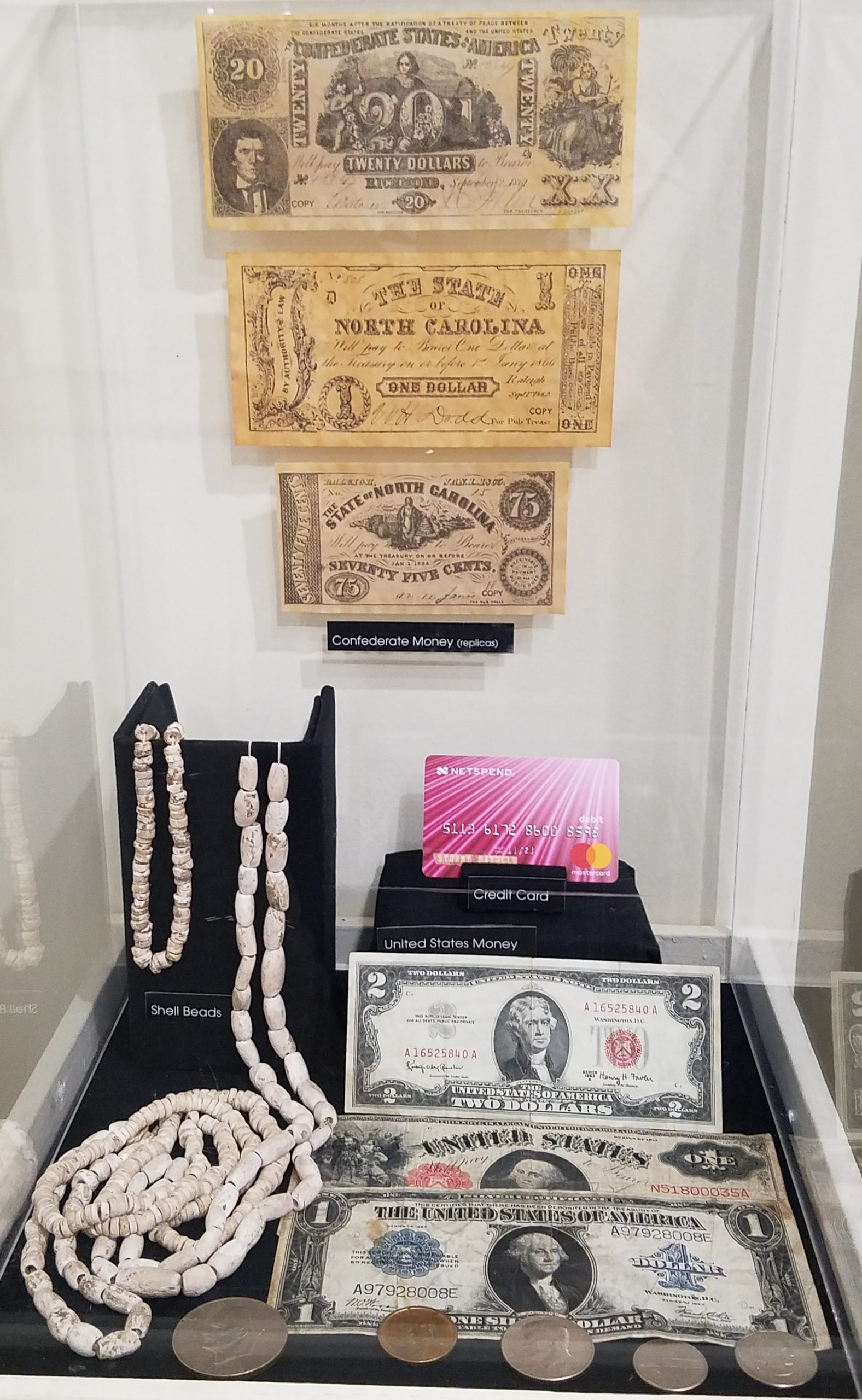 Forms of money used in NC