The Mein are one of several hill tribes in habiting southeastern China, Thailand, and Vietnam. In China this group is referred to as Yao. Although both the Hmong and the Mein live in the same regions and have similar social characteristics, their environments and experiences have differed enough to result in dissimilar cultural details. The Mein have traditionally incorporated more of the dominant Chinese Han culture. It is thought that they migrated to their current locations from southern China in the 14th century.

If they are able to afford it, a tom ching ca, a major wedding, is held by the Mein groom’s family. The day before the wedding, the bridal party travels to the groom’s village. The next morning, after the ching sui priest alerts the ancestors to the arrival of this new clan member, the bridal party proceeds to the groom’s home. The bride is escorted to a chamber where she will be secluded until night fall. In the evening, the bride and groom will appear in full costume and begin to kowtow, the act of kneeling and bowing extremely low, to first the ancestors, then the wedding officials, parents, older relatives, and lastly guests. The longer it takes for the newlyweds to kowtow to everyone, the greater the prestige of their wedding. 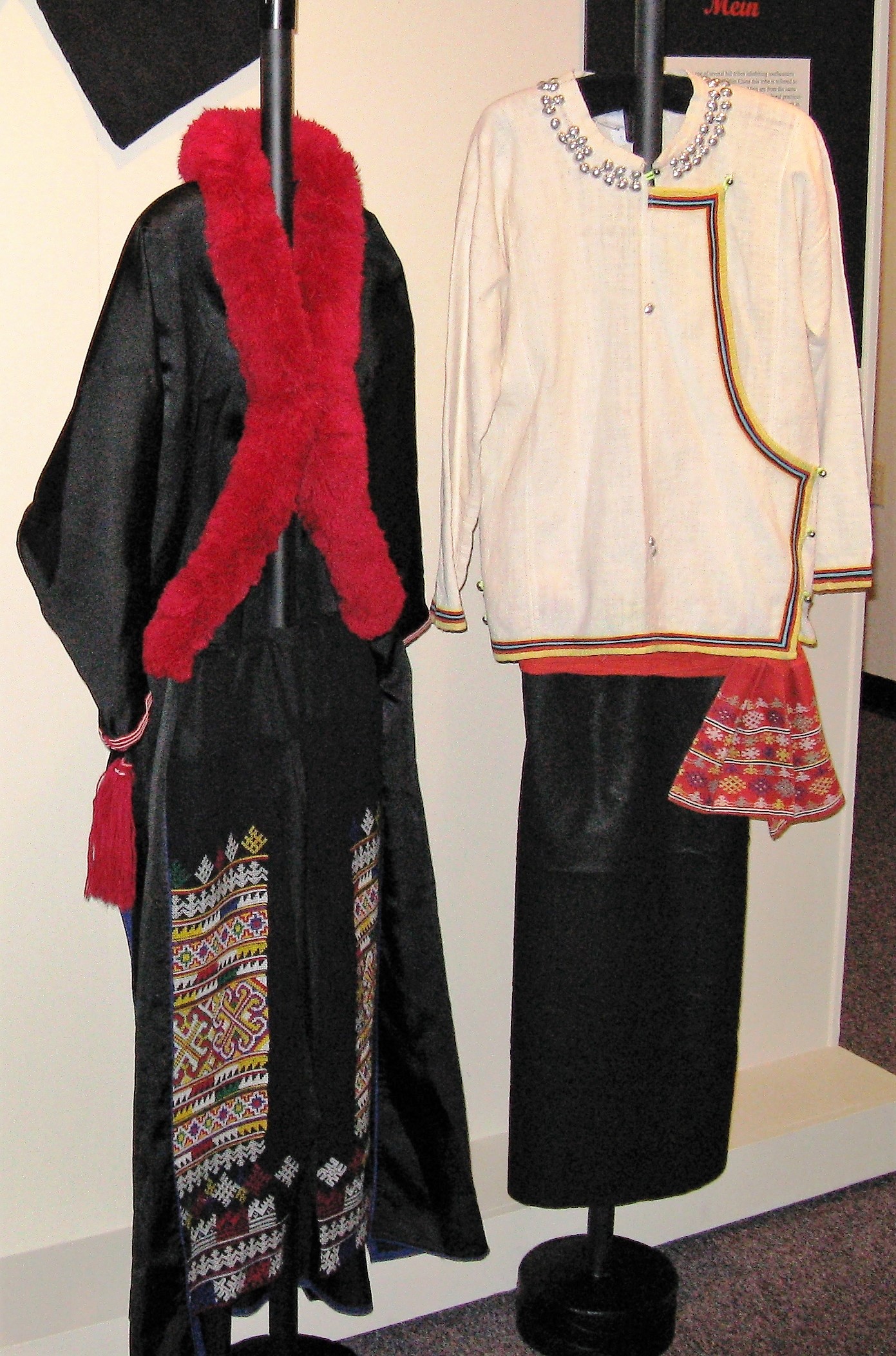 Before the procession to the groom’s home, the bride’s female family members help with the construction of an intricate headpiece. The structure includes a red tasseled cloth that hangs down her shoulders in order to hide her face, similar to a veil. She must wear this elaborate headpiece until the formal ceremony ends.